OK, Back to Writing Posts about Writing

It's funny not having anything pressing to work on, writing wise.  My editor and friend, Lisa Poisso, is still crunching the bits on An Untold Want [formerly known as Counting Crows]; once she's done, I'll have more to do, especially if this last agent rejects me. If the rejection happens before August 1st, I want to publish An Untold Want on Amazon on that day. 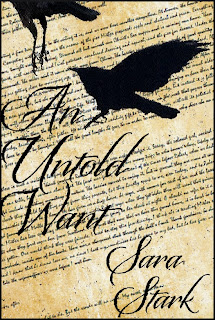 Anyway, with Lisa hard at work, for the past few weeks I've been catching up on to-dos that have sat for months while I edited and re-worked An Untold Want.  I finished my quilt [as you saw in the refrigerator post] and mended a couple of older quilts.  I'm working on a quilt that's a Christmas present. Not saying for whom.  I've tried to de-clutter, but the kitchen is a mess without the refrigerator [water pitcher, sodas, and other stuff I normally have in the fridge, sitting out on the counter or on ice in the cooler on the counter].  I went through stuff and got rid of lots.  I now have several boxes of stuff in the boot of my car to take to Goodwill.

And I've read a lot.  I finished The Shining and Joyland.  Love him, but then you know that.  I'm reading Capote's first published novel, Other Voices, Other Rooms.  I finally finished A Confederacy of Dunces, yay!  The second half was much more engaging than the first.  And I sped through a couple of my beloved murder mysteries: Caedmon's Song by Peter Robinson and The Keeper of Lost Causes by Jussi Adler-Olsen.  Plus I'm currently reading The Laughing Policeman by Maj Sjowall.  Those Scandinavians are damn good at writing mysteries and detective stories.

But even with all that to keep me busy, the past few nights, Beryl and Jeryl have been sneaking into my consciousness.  What about us? they're saying.  Have you forgotten about us?

Sheepishly, I twist the truth and say, No, I haven't forgotten.  What I fail to mention is that I haven't been actively thinking of them, which amounts to the same thing.  Although, this weekend I've thought a lot about them and the story and its structure.

You see, this past Friday night, I went to a friend's retirement party, and sometime during the evening, he had everyone at the table stop and listen to me explain about Couillon and everything else I have been writing.  It was a lovely thing to do, especially as everyone seemed to hang on every word I said.  Yes, they're very nice people.  And so, my monologue ended with me telling them about what's coming up, the story of Beryl and Jeryl.

I do think I've learned a lot while writing Couillon and An Untold Want.  An Untold Want taught me the most because I worked on it the longest, but Couillon helped me with pacing and structure.  I was lucky that An Untold Want turned out as well as it did because I had no real plan when I went into it.  It morphed and shifted with my mood over the years.  And if you've been reading this blog, you know that I just recently figured out the ending. Arrrgh!

With Beryl's Story [working title], I know the story. I know the ending. I mostly know the characters, although I'm still trying to decide about the father's character, how or where he sits regarding Beryl's situation. Basically, I have to decide if he's evil or just foolish. And I also have to figure out the structure 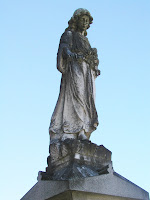 For structure, I'm considering two different formats.  One would be similar to the format Peter Robinson used in Caedmon's Song. I'd have two parallel stories going at the same time which would merge somewhere between the middle and the end.  The other format is to have lots of backstory filtered into the primary story line through thoughts and actions.  Both are valid, widely used formats.  I just have to decide which one works best of Beryl's Story.  Right now, I'm leaning toward the latter so that I don't give away too much too fast.

With all that done, sure writing it should be easy.  Hey, I may even have it done in a year.  Who knows??

So, with that said, I've got one more blog post to write -- yes, I know, it's a record for me to even do three posts in a week, and wow, I'm doing three in a day.

Wish me luck with the agent, but if that falls through, be looking for An Untold Want on Amazon on August 1st.