About my existing novel, well that's all still up in the air. The pity party is over, was over pretty quickly, because my new story, the one about Beryl and her brother, is starting to congeal in my head.  I know, that makes me sound as if I have a head full of gelatin, but that is the way I see it, and it's pretty close to the truth.

I still don't know how the story will end, because my characters will decide that.  But the characters are becoming three-dimensional, even Mr. Yet-to-be-Named.

Beryl's life story is developing before my very eyes, or should I say, inside my head.

The real question is how I will reveal the back story. I just finished Gillian Flynn's "Dark Places".  I found the book compelling, even though as the protagonists says in the first chapter she's not very likable.  In "Dark Places", Flynn gave us two story lines that merge in the end.  One of the story lines provides the backstory, and even though it's multiple chapters and told from multiple POVs, the backstory covers only one day.  I won't give away the plot.  It's worth reading.

My story is a little more complicated in that I also have to not only introduce backstory, but I also have to introduce Beryl's alternate personalities. I haven't decide if they will all have their own POV chapters, or if we'll see them through the eyes of others, like Mr. Yet-to-be-Named.  I love a good puzzle, which is probably why I end up writing stories that are challenging.  Challenging for me at least.

Right now I'm reading Haruki Murakami's "1Q84".  The structure is very much the same, two story lines being told in parallel.  His stories are so entertaining, but I can't really say why.  I love how, in this story, when one character learns something, it suddenly becomes apparent in the other character's story line.  I'm not really doing a good job of describing it, but I've found it enjoyable to stumble across these parallels between his two characters.  It's like an Easter egg hunt, or a nice little surprise that you've learned to expect.

So there's lots of work to be done.  And I've set a goal to finish this novel by January 1st, 2014,  a little more than one year from now.

One Down, One to Go

Today, I received a rejection from one of the agents who requested my full manuscript.  One left, and then I have to decide whether to self-publish or toss it.

My confidence level is at an all time low.  And yes, I'm having a huge pity party.  I deserve to have one every now and again.  My skin is not as thick as I let people think.  I worked hard on that novel, and I know it's better than some of the stuff already on the shelves, but it's apparently not good enough for anyone to want to represent me, except me.

Continue Reading...
Posted by Nellie at 10:27 PM No comments:

Starting a new story is interesting.  I think I've expressed this sentiment in prior blogs, but it's really come home with this writing class I'm taking.  [Did I mention I signed up for Popular Fiction II, that started two weeks ago?]

Last week, the instructor had us write -- I outlined, because I'm not great at writing on demand -- a pursuit scene, but not necessarily a typical pursuit-car-chase-scene.  The homework was to clean up what we wrote and turn it in this week (tomorrow night). I already had a scene in mind, where the guy (yet to be named) asks Beryl out on a date. 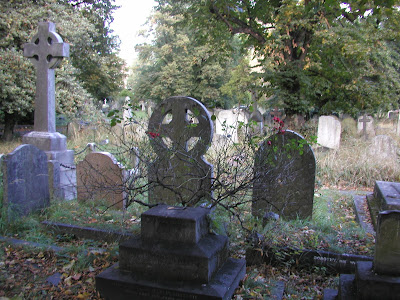 This was possibly the most intriguing cemetery I've ever been in, including those in New Orleans.  The over-grown-ness of it makes it feel wild and spooky, in a good way. 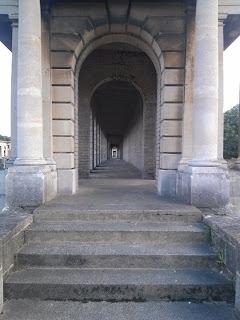 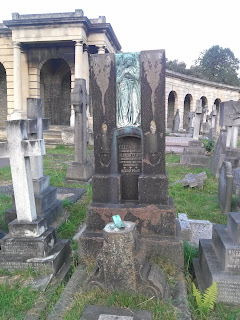 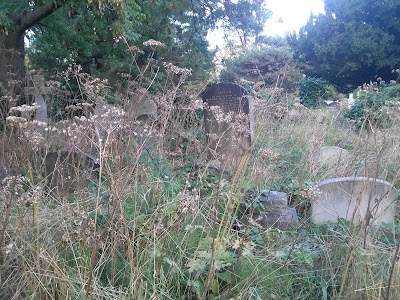 Supposed to be Writing

I'm supposed to be writing (well, something besides this blog), but I'm in paralysis mode right now.  Last Tuesday night, I started a Popular Fiction II class at UW, and I'm supposed to turn in pages this coming Tuesday.  I'm not sure it's going to happen.

Let me give you an example of what is happening.

I sit down in my favorite writing chair and pull my laptop over.  Then my cat gets in the chair with me.  So I have to pet her, don't I?  I look at the blank MS Word sheet and then I realize that I need to put a load of clothes in the laundry (or take them out).

So Edinburgh is eight-hours earlier than Seattle.  We got back on Tuesday night, and I'm still waking up more on Edinburgh time than Seattle time.  Which means that I'm still moving slow, and won't be writing much here today.

About the trip, in a nut shell, I had a great time.  I would move to Edinburgh if I could afford it.  I love the history and the people.  Scots are the only people I've found to be nicer than Australians.  I took lots of pictures and will be sharing more soon. 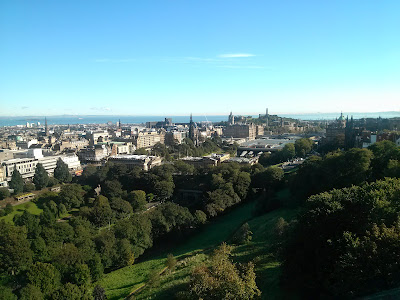 Edinburgh to the south-east from the castle wall.
Continue Reading...
Posted by Nellie at 6:41 PM No comments: