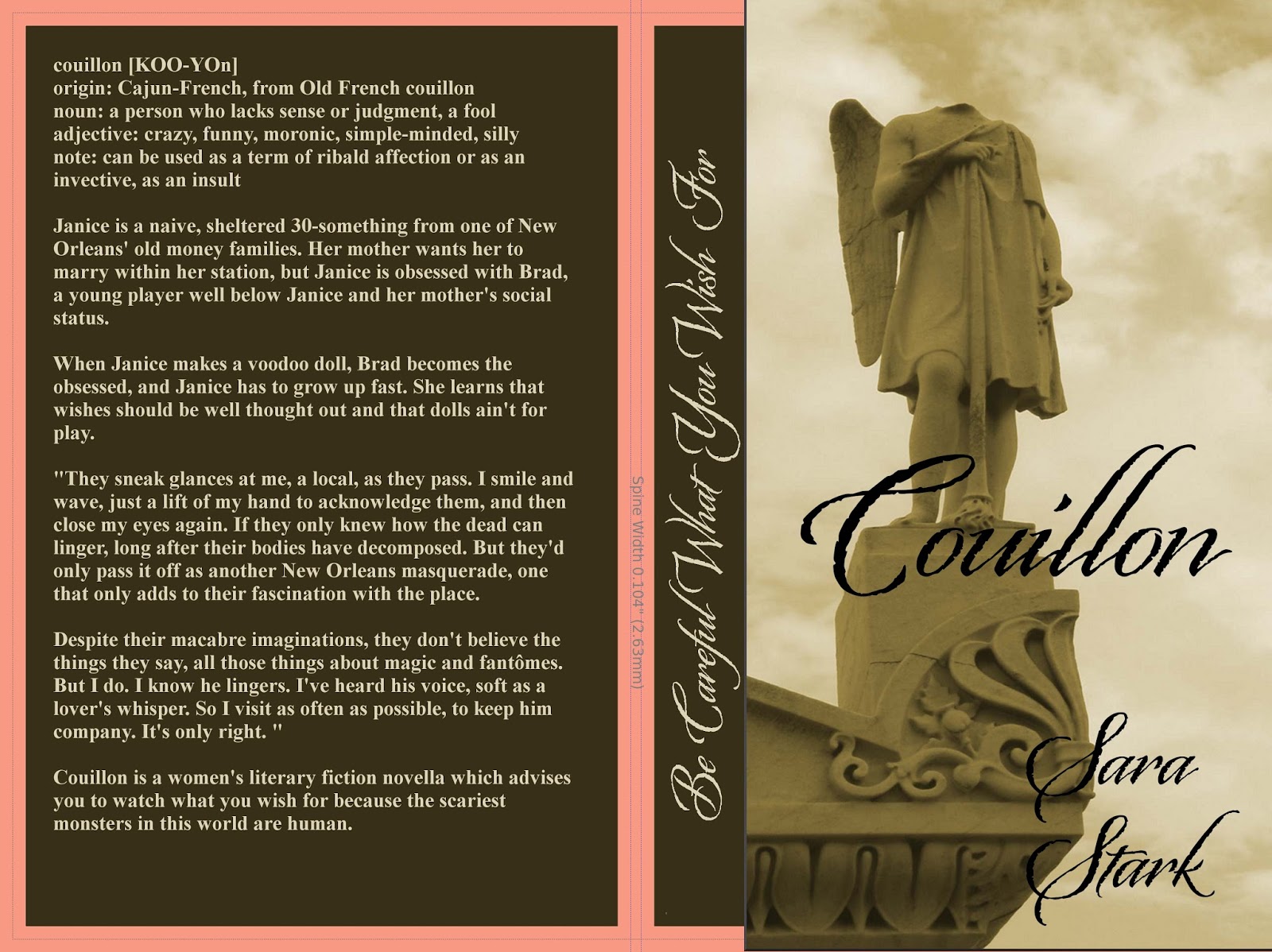 This is the physical cover, or very close facsimile to what I'll use when I run Couillon through CreateSpace.


The pink is the bleed/trim part, and I left it in this jpeg for you to see where the spine will be. Since it's only 46 pages, the spine will be too thin to add any text, even the title. So I pulled part of the back onto the front and added the "instruction".

If you can't read the back, it says at the bottom: "Couillon is a women's literary fiction novella which advises you to watch what you wish for because the scariest monsters in this world are human."

I included this because I want people to understand that this is not an urban fantasy. I had a woman (probably a young woman, I suspect not older than early twenties) post on GoodReads that she had read darker "recipie" books. But instead of throttling her, I did good. I didn't reply to her post. I didn't rationalize anything because in my opinion that's just bad form for an author.

But if I had said something, I would have said that she must have a very good life if she doesn't realize that the real monsters in this world are not zombies or vampires, that they're human. I also would have suggested that before she gives a bad review for a book not being an urban fantasy, she pay attention to the genre it's listed under. And because I'm snarky most of the time, I would have recommended that she learn how to use a dictionary before she berates a good piece of writing. Finally, I would have said, Really? You read a book all the way through, a book that only costs .99 and then you returned it? Now that is bad form.

Anyway, I didn't do any of that. And she'll never know unless she manages to break out of her "dark" fantasy world. But I doubt that will happen. And honestly, I hope her life is easy enough that she never realizes the truths portrayed in Couillon. As for returning a .99 book after reading it, I so hope karma catches up with her on that one.

Okay, enough ranting for one evening. Back to writing.

To quote Anna Nalick, "If I get it all down on paper, it's no longer inside of me, threatening the life it belongs to."